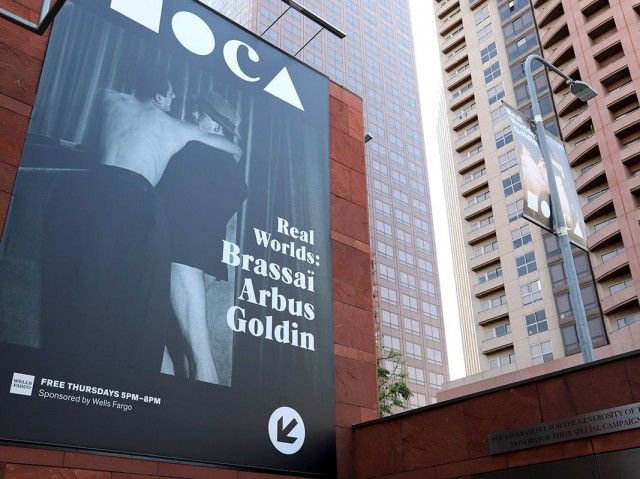 Taboos and Hidden Communities on Display at MOCA

I recently went to view the Real Worlds: Brassaï, Arbus, Goldin exhibit at MOCA (Grand Avenue) ... and wow, what an emotional journey. All three of these photographers document many of the taboos and hidden communities of their time. 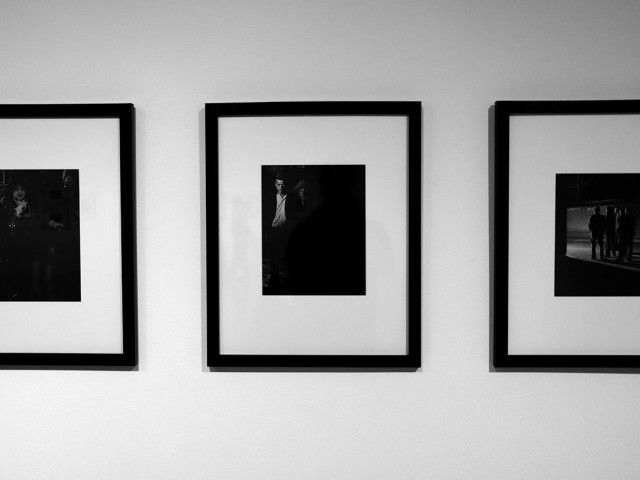 You begin with Brassaï. His photographs document Paris at night during the 1930's. He had said that he would go to sleep at daybreak and wake at sunset. His photo subjects include streetwalkers, prostitutes and Big Albert's Gang. You get a glimpse inside Suzy (a brothel), an opium den showing a woman passed out on a couch still holding the pipe in her lap, The Human Gorilla (a local street performer) with his toddler son, the La Cabane Cubaine (an Afro-Caribbean nightclub in Montmartre, which was considered the Harlem of Paris), a Tarot Card reader, and inside the dressing room at the Folies Bergère. One interesting grouping shows many of the gender-bending clientele of La Monocle bar, a local lesbian bar of the time. 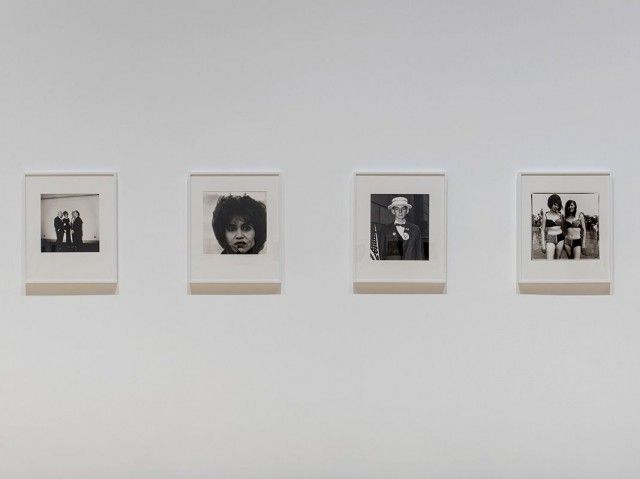 From there you move into the Mid-20th Century with Diane Arbus. I personally have always been fascinated with her work. Not because of her early tragic death, but because of the simplicity of her photographs, and yet they portray such cold emotion. I found myself lingering at an image of a young boy in Central Park holding a toy grenade. It seemed like such a haunting symbol of the increasingly turbulent 1960s. Other wide range of subjects include a man in curlers and make-up smoking a cigarette, a transvestite at her birthday party having cake on a bed, kids smoking in Central Park, a sword-swallower, nudists, and a king & queen of a Senior Citizen's dance.

Finally you move on to Nan Goldin. Most of these photos depict the late 1970s and early 1980s in gritty New York City. There is a small collection on the wall which includes one of her first famous photos, Picnic on the Esplanade. This shows five friends of ambiguous gender eating and laughing on the banks of a Boston river in the early 1970s. There are four images grouped together, each with a dominant color hue. There is also a particularly disturbing image of Nan's face bruised and bloody, after being beaten by her longtime boyfriend.

Behind the wall of red velvet curtain is a viewing of The Ballad of Sexual Dependency. This is essentially a looping slide show set to an eclectic soundtrack, including everything from Dean Martin to The Velvet Underground. This is not for the faint-of-heart. This shows men alone drinking and smoking at various gay bars, people in various stages of drug use, sex, cemetery gravestones, and bodies in open-caskets. There are even contemporary celebrity sightings including Amanda Lepore, Keith Haring, Andy Warhol, and John Waters. Though most of the images depict individuals laughing and partying, I left with such an overwhelming feeling of sadness and loneliness.

Each one of these photographers have such a talent for capturing the ugly, beauty, celebration, tragedy, life, and death of the real world.

The exhibit runs until September 3, 2018. The Museum of Contemporary Art, Los Angeles (MOCA) is located at 250 South Grand Avenue in DTLA. General admission is $15 and there are senior and student discounts available. Admission is free every Thursday from 5 to 8pm. For more details, please visit: moca.org/exhibition/real-worlds-brassai-arbus-goldin.