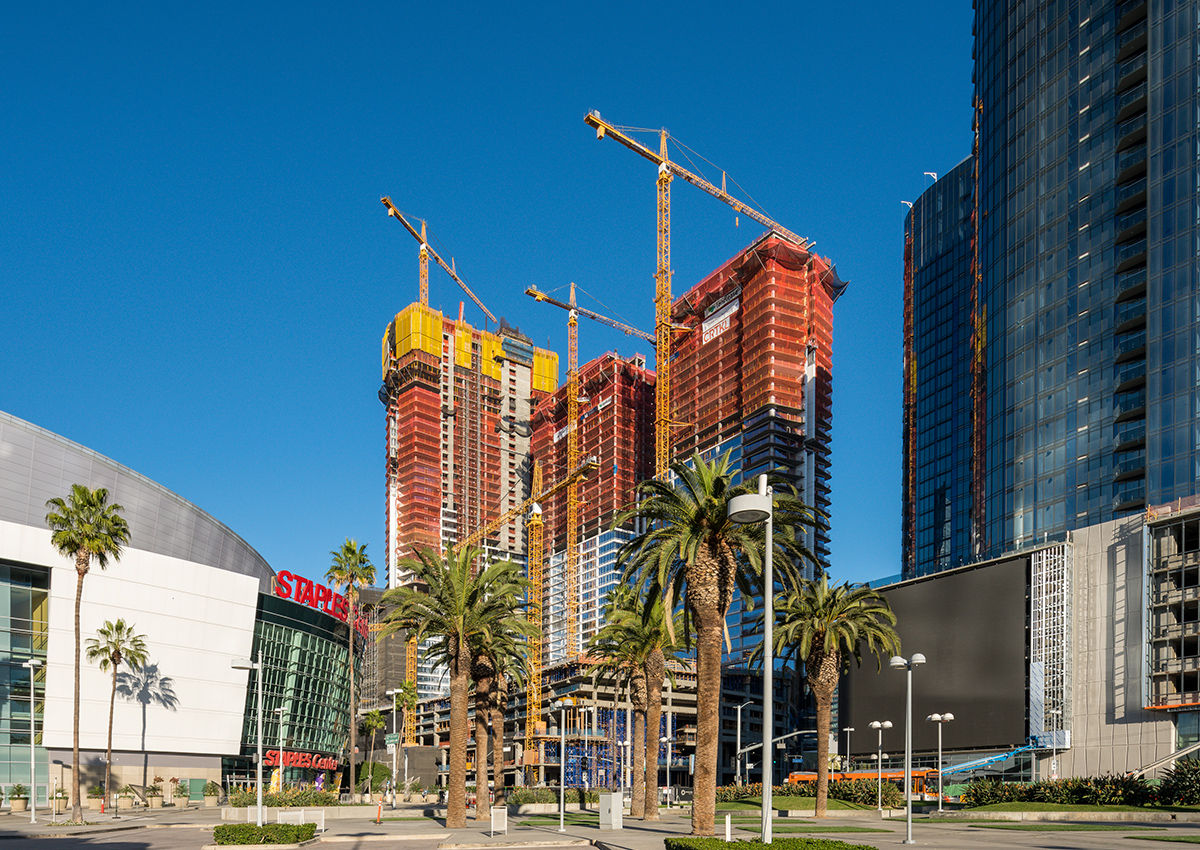 Residential development led the way with a record-breaking 2,831 units coming to market in 2017 in 11 projects. With almost 10,000 more units under construction and almost 30,000 units proposed, more records are likely to fall in the coming years.

Although residential was the most active sector, the defining event of 2017 was the opening of the Wilshire Grand Center, an aspirational project that set a new bar for scale and sophistication.

Among the retailers who arrived in DTLA in 2017, none was bigger than Nordstrom Rack, which opened at FigAt7th. Other high-end fashion retailers to open included COS, The Loit, and Le Box Blanc. Similarly, new restaurants such as Giulia, Rossoblu, Spire 73, and Broken Shaker expanded Downtown's already impressive dining options.

The end of the year brought an announcement that signals an even brighter future for DTLA. In December, LA City Council approved a $1.2 billion development proposal at the Angels Landing site, which would include the tallest tower in Downtown at 88 stories, featuring hotel rooms from SLS and Mondrian, condos, and a new charter elementary school.

DCBID President and CEO Carol Schatz said, "Downtown Los Angeles continues to be among the most dynamic residential markets in the nation. Even with the record setting opening of new projects, demand for DTLA housing continues to grow and occupancy rates continue to tighten. Whether you own a business, a boutique, a restaurant, or want to get one started, there is no more exciting place to be than DTLA."

In addition to the strong multifamily numbers, the report highlights a thriving hospitality market. During 2017, DTLA added 1,400 rooms from national brands and luxury boutiques alike, all the while increasing occupancy levels, room rates, and revenues. And much like the apartment market, there is more on the way.

Both the retail and office markets remained strong with increased activity and absorption countering new deliveries. Office rents continue to climb, increasing 5.4% year-over-year, and more than 15% over the past two years. DTLA's retail market absorption is up more than tenfold over 2016.

Highlighting the increased office activity was Brookfield signing Bank of America to a lease renewal and expansion at its namesake tower, bringing the deal to a total of 218,000 square feet.