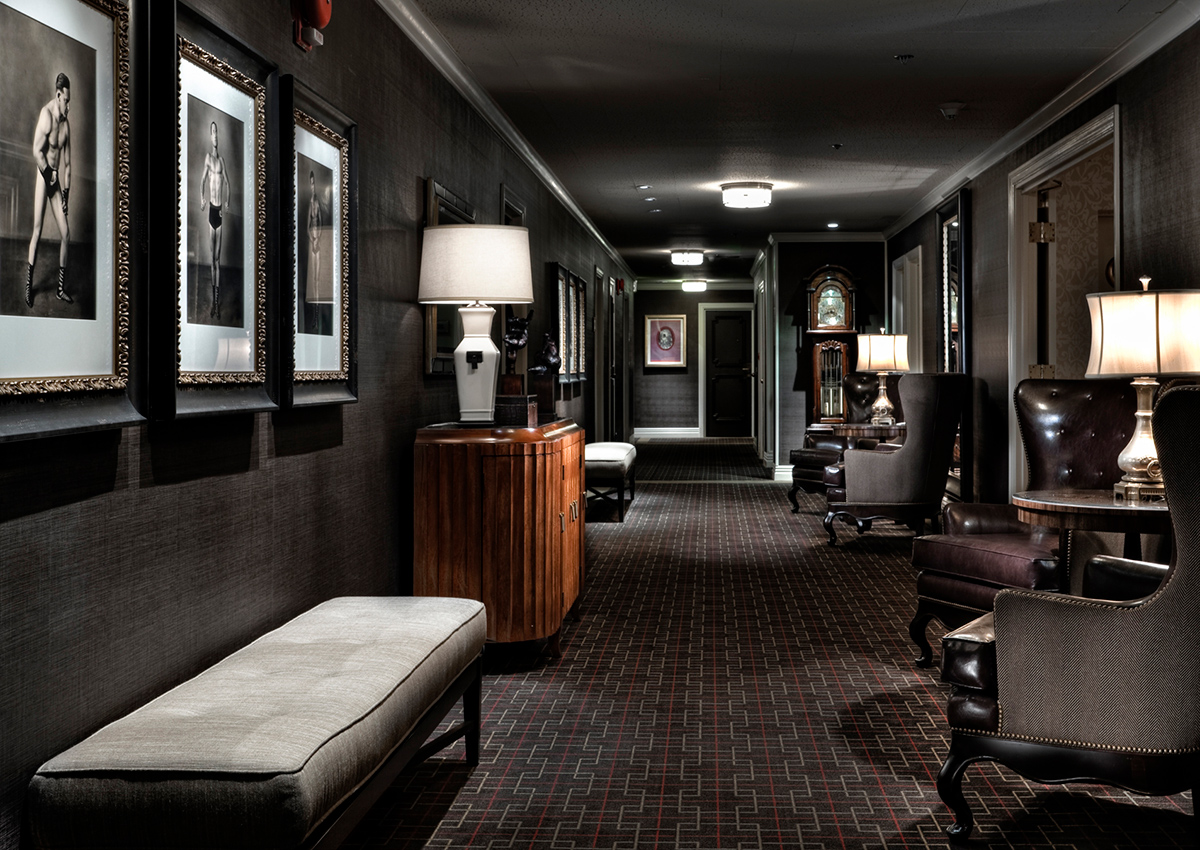 Reacquaint Yourself with DTLA Starting with this Hidden Gem

“To me, LAAC reopening has been like connecting back to the heart of the city.”

Marisol Medina is one of many people who sees the Los Angeles Athletic Club (LAAC) as a way to access the heart of Downtown Los Angeles. Though it may seem like a gym membership would only be the key to breaking a good sweat, Medina says it’s opened up a whole lot more for her, especially considering she lives well outside of Downtown LA.

“It’s meant reconnecting with people. I live in the suburbs, coming back Downtown and to LAAC has been my escape,” she says.

Tucked into the bustling corner of 7th and Olive St., LAAC resides in a handsome building that’s provided city-goers with an escape from the crowds since 1880. Now, 140 years later, the Los Angeles Athletic Club serves as a welcoming oasis for those looking to reacquaint themselves with the Downtown scene.

After surviving a tumultuous year of closures, reopenings and statewide mandates, the Downtown institution offers a sense of normalcy to members as it has for decades. Over the years, everyone from Charlie Chaplin to a myriad of Olympic athletes have found refuge in the club. Today, LAAC boasts an impressive roster of members from all around the city and it has become a lifeline for many of them during the Covid-19 pandemic.

“I missed walking to all of the businesses nearby, but LAAC is still my home base,” says Medina.

Members have access to a full schedule of safety-minded athletic classes, a quiet, socially distanced co-working space, a newly reopened pool, and a rooftop cocktail bar with sweeping views of Downtown. These amenities, plus the promise of additional offerings like club speakeasy, The Blue Room, reopening have drawn more and more new people to LAAC and to Downtown, including people who are new to the area completely.

“I’ve never really spent any time down here,” says Tammy Tancharoensuksavai who recently joined LAAC. “But just last week I joined and spent an hour walking around Downtown. I got a fantastic lunch at Sweetfin and then met up with my friend for drinks at The Bloc.”

There is a collective feeling of both relief and excitement surrounding DTLA now that the worst of the pandemic appears to be over and the city moves towards a full reopening. One by one, businesses around the neighborhood are opening their doors to curious visitors and residents alike. As an increasing number of people return to the area, local businesses have a unique opportunity to reach new and enthusiastic patrons looking to make up for lost time. And a community landmark such as the LA Athletic Club provides a historic and hospitable headquarters for those looking to explore all that Downtown has to offer. On the top three floors of the club, a boutique hotel offers elegant accommodations for out of town visitors and locals looking for a staycation. With so much within walking distance, LAAC is the perfect starting point for those looking to enjoy a day in the city.

The Athletic Club is situated in the vibrant Jewelry District, an area of Downtown with a rich mosaic of businesses, residents and stunning, turn-of-the-century architecture. Just around the corner, newcomer Petite Peso offers modern, Filipino food like vegan lumpia or creamy adobo rice bowls topped with the crispiest chicken skin we’ve ever seen. One block south, the lush, palm shaded rooftop of the Freehand Hotel hosts the award-winning cocktail bar, Broken Shaker. Guests are welcome to reserve a table to share creative drinks and dishes like the “PB & J Old Fashioned” or the albacore tuna topped tostada - all while backed by panoramic views of Downtown. Nearby, Cognoscenti Coffee houses a gorgeous, open café setting for those looking to get some work done while enjoying an iced matcha latte. Overlooking historic Pershing Square, tables at the hip, 14th-floor French eatery Perch, are frequently booked out at least a week in advance. And west on 7th street you will find The Bloc, a unique and inviting open air retail plaza that’s home to cozy gastropub District and Izakaya-style Japanese eatery Hatch. Those looking to update their wardrobe can peruse a wide variety of unique pop-up shops including Lululemon alongside mainstays like Macy’s and Uniqlo.

As the city emerges on the other side of an unprecedented year, we can look to the Los Angeles Athletic Club as a symbol of Downtown's history, its community, and its ability to reinvent itself time and time again. As an iconic institution that has stood the test of time for over 140 years, LAAC has witnessed dramatic changes and overcome extreme challenges, and serves as a powerful reminder of the resilience of DTLA. Like LAAC, Downtown has been around the block a few times as they say – seen a lot and lived to tell the tale. Stronger, wiser and more interesting for all it’s been through, DTLA is poised to thrive in the next phase of its fascinating evolution.