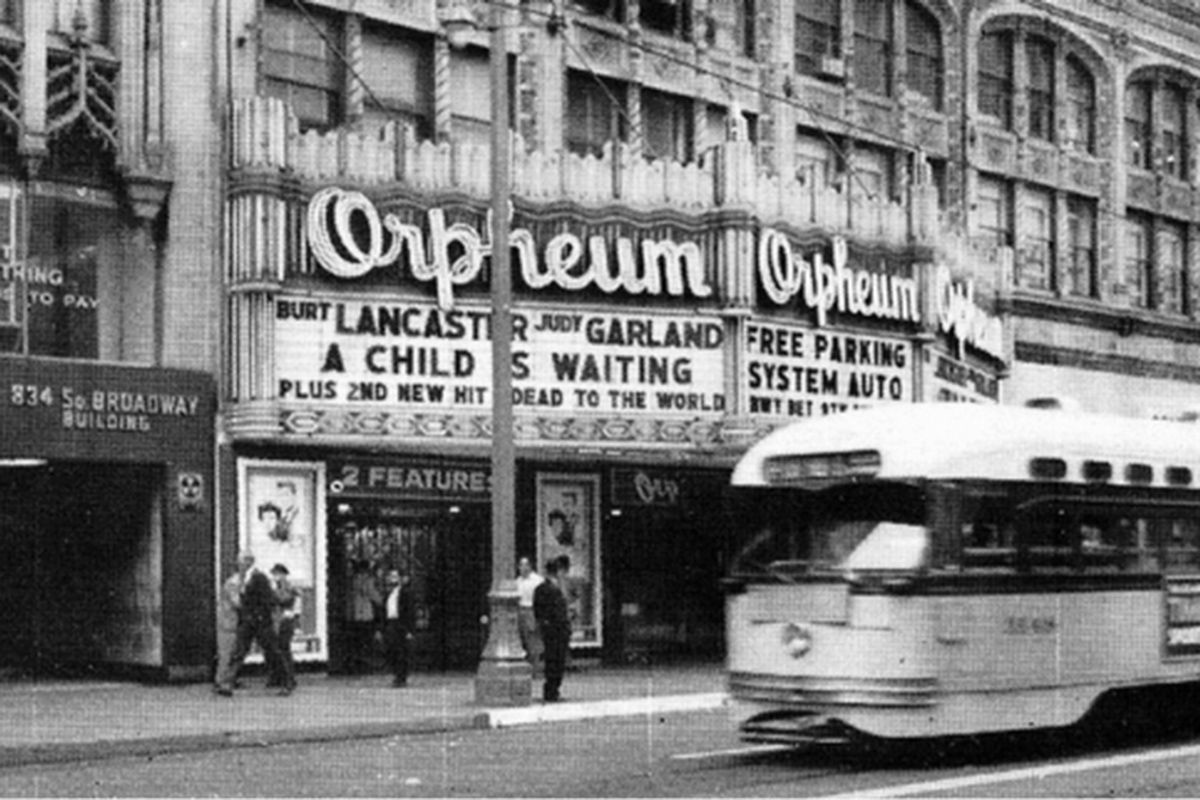 Travel Back in Time in Downtown LA

For many, the image of old-school Los Angeles is the golden days of Hollywood or the mid-century luxury of Beverly Hills, but some of LA’s richest and oldest history is mixed in between the skyscrapers of Downtown LA. Not only is DTLA the historic heart of modern Los Angeles but it still contains remnants of LA’s 19th-century birth. While many symbols of LA’s bygone past have long since been razed, Downtown has a wealth of gems just waiting for you to uncover. So, if you’re interested in indulging in some time travel, here are some suggestions to get you started.

Visit some of LA’s oldest restaurants

The Original Pantry Cafe is one of LA’s oldest continually running restaurants and, if the regular block-long lines mean anything, it won’t be stopping anytime soon. This classic diner opened in 1924 and originally attracted crowds of loyal fans for their generous offering of free coffee to customers. Although this tradition long since ended, they still serve hungry Downtowners looking for a comforting meal. Expect hearty breakfast plates loaded with griddle hash browns and fluffy pancakes and lunch time favorites like club sandwiches and The Pantry’s famous coleslaw.

Cole’s French Dip has been in a decades-long debate over being the originator of the iconic French dip sandwich, but one thing everyone can agree on is that it’s one of the longest standing restaurants in LA. Founded in 1908, stepping into this restaurant feels like a total time warp. Pro tip — don’t miss The Varnish, a speakeasy bar in the back of the building.

A Los Angeles Historic-Cultural Monument is an official designation from the Cultural Heritage Commission marking a site worthy of preservation based on a set of historic and cultural criteria. These monuments are scattered all around the city but a number of them are concentrated within Downtown LA with many still functioning as they were originally intended. Here are just a few to check out:

Angels Flight Funicular is a railway system that connects Bunker Hill with the lower districts and historic attractions like Grand Central Market and the Broadway movie palaces. Constructed in 1901, the funicular still dutifully transports passengers today for a dollar a ride. Fun fact: The two rail cars have names - Sinai and Olivet.

The Los Angeles Athletic Club is a private club on 7th Street featuring a full catalogue of athletic offerings including an Olympic sized pool, squash courts, exercise classes, and weight rooms. The club also houses a hotel, multiple restaurants, and a co-working area. This regal space first opened its doors in 1880 and still plays host to tourists and local health-minded visitors alike. Although the club is private property, non-members are welcome to visit the various bars and restaurants and the co-working spaces as the guest of a member. For those considering joining the club, day passes are available through club membership coordinators and hotel guests are welcome to use all of the club’s amenities during their stay.

Located off 5th Street, The Central Library is the main branch of the Los Angeles Public Library system. Built in 1925, its gorgeous design shows influences of ancient Egyptian and Mediterranean Revival architecture. Don’t miss the stunning Rotunda with walls featuring murals depicting California history or the whimsical Chandeliers adorning the Tom Bradley Wing. If you’re looking for a refreshment after your sight seeing, stop by the in-house, social enterprise cafe, Skid Row Coffee. Their roast veggie sandwich seems unassuming but it lands in our top five sandwiches of Downtown.

Grab a drink at an old-school haunt

Pre prohibition-era Golden Gopher is one of the oldest bars in the city and it comes with a unique quirk. The bar’s original liquor license exempts it from many current restrictions, including permitting the Gopher to sell alcohol to-go — even pre-COVID. Stop by today to check out the cozy, dive bar ambiance and shoot a game or two of pool.

Seven Grand is a whiskey bar tucked above V DTLA. Decked out in dark wood and tartan carpets, the interior evokes a 1940’s cigar lounge — but be sure to take a moment to admire the building itself. Built in the 1920’s, the space was originally the flagship home to Tiffany & Co competitors, Brock & Co Jewelry Company. After the company went under, LA institution Clifton’s Silver Spoon Cafeteria moved in with a museum’s worth of antiques and oddities - including a life-size sculpture of Christ. While there are no more statues or WWII-era gas masks adorning the walls the decor still feels like a step back in time. The menu features a perfect mix of old whiskey standards and innovative mixology. Stop in for an impressive daily happy hour featuring a list of delicious whiskey cocktails.

A great way to get a deeper look into the history of Downtown LA is through one of the many different walking tours within the neighborhood. These tours often follow a set theme, whether it’s a look at the architecture of Spring Street or a haunted history tour. Some of our favorite tours are the Broadway Historic Theatre and Commercial District Walking Tour, and the Historic Downtown Tour though the LA Conservancy. Popular preservation blog, Esotouric, also occasionally does some fascinating tours of lesser-known LA history in Downtown as well.

Looking for the inside scoop delivered to your inbox? Subscribe to This Week in DTLA.