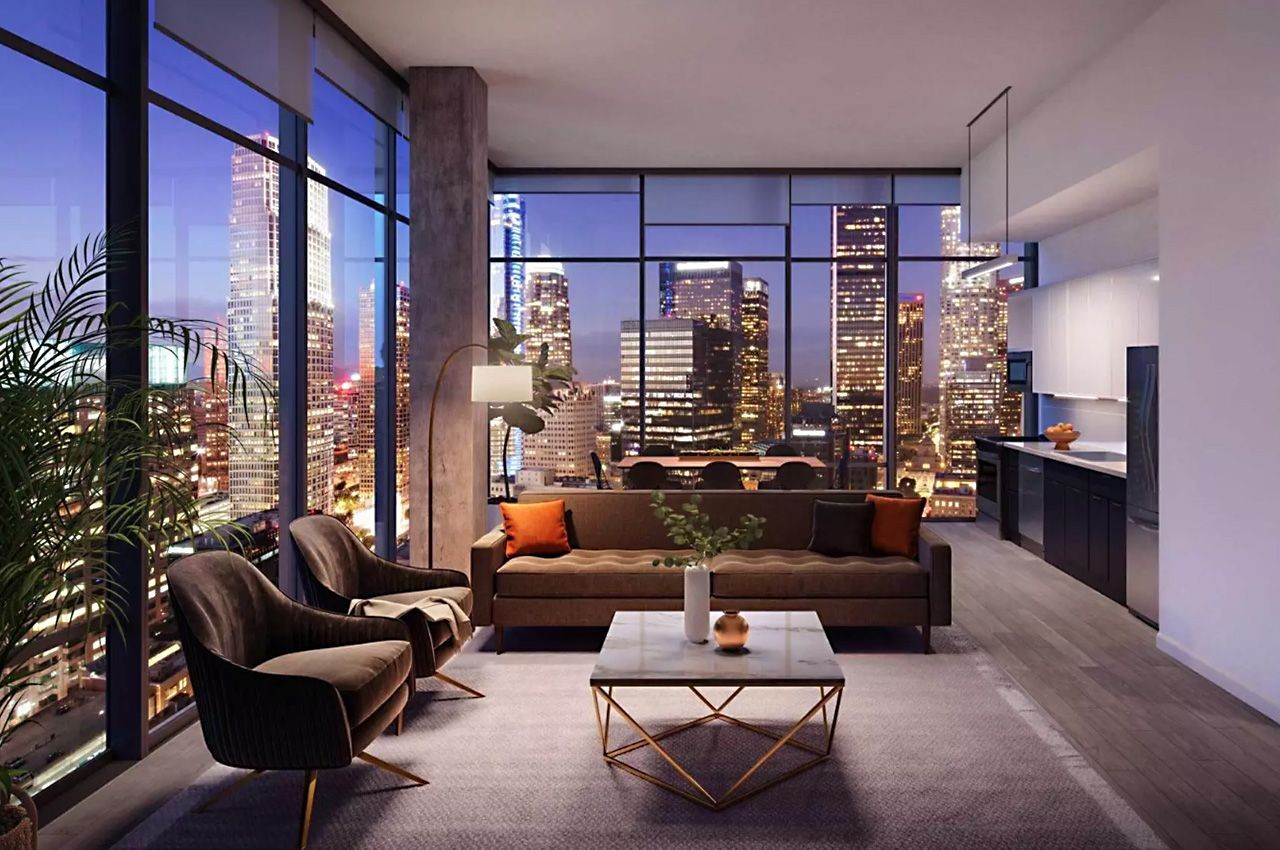 DTLA - This is City Living

Long-time Angelenos, young families, bold artists, and savvy professionals from around the world are flocking to Downtown LA for its culture, convenience, and community.

Over the past five years, DTLA has welcomed over 30 new residential properties and more than 20,000 new people who are now calling DTLA "home." It is one of the hottest areas of residential growth in the region and shows no signs of slowing. The streets are alive with foot traffic, restaurants are busy, rooftop bars are packed, and new businesses are opening across all the neighborhoods.

Living in Downtown LA is officially a "thing."

Comprised of a dozen different neighborhoods each with its own distinct character, DTLA is a dynamic and evolving urban experience dense with opportunity and promise. The power and poise of the Financial District balances the organic creativity of the Arts District. The storied past of the Historic Core complements the new energy of South Park. The Asian cultural centers of Chinatown and Little Tokyo thrive on traditional community while the Fashion District bustles with unique commerce.

And amidst these large districts, connected by main corridors and threaded through side streets, exist smaller neighborhood nooks and niches where you'll find surprises and delights where you least expect. DTLA is a richly varied, thriving urban community that is only truly revealed block-by-block, step-by-step.

Because DTLA is such an intricate, layered environment, it is easy to overlook the subtle dynamism of the area. To reveal these hidden features, we host a three-hour guided Housing Tour that provides an intimate look into DTLA's most popular residences while sharing insider dining, shopping, and transit tips as well as general neighborhood overviews.

Ready to experience living in the heart of Los Angeles? Are you ready for DTLA?

Check out a few of our previous Housing Tour stops below! 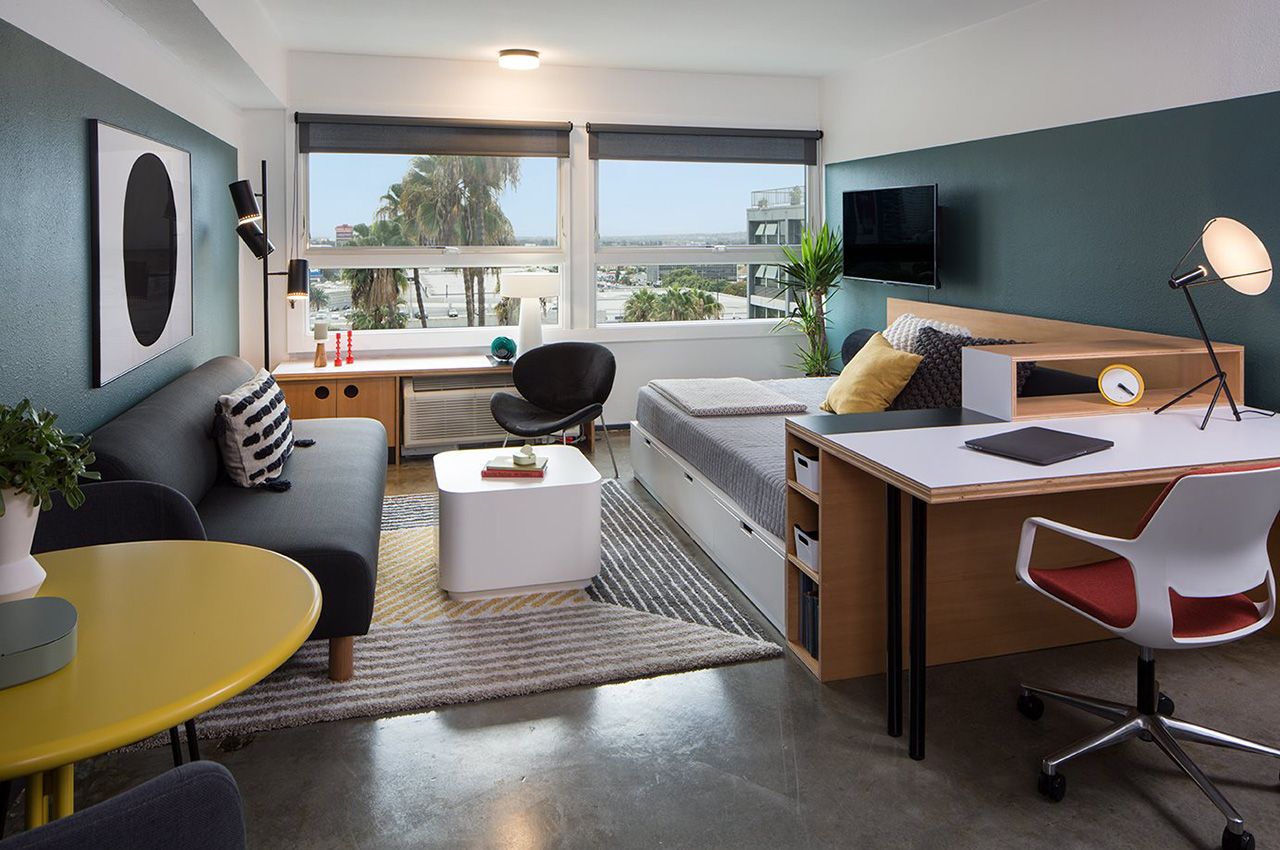 These newly renovated, modern studio apartments are the perfect combination of convenience and affordability. Located in the fast-growing City West neighborhood, THE FLAT puts you just a short walk from the heart of DTLA but in a neighborhood with its own appeal. Stay up late and see live music at the award-winning Terragram Ballroom, grab a hand-made Italian sandwich at Porchetta Republic, or have an amazing caffeine experience at Fairgrounds – each of which are less than a five-minute walk from your front door. ​​ 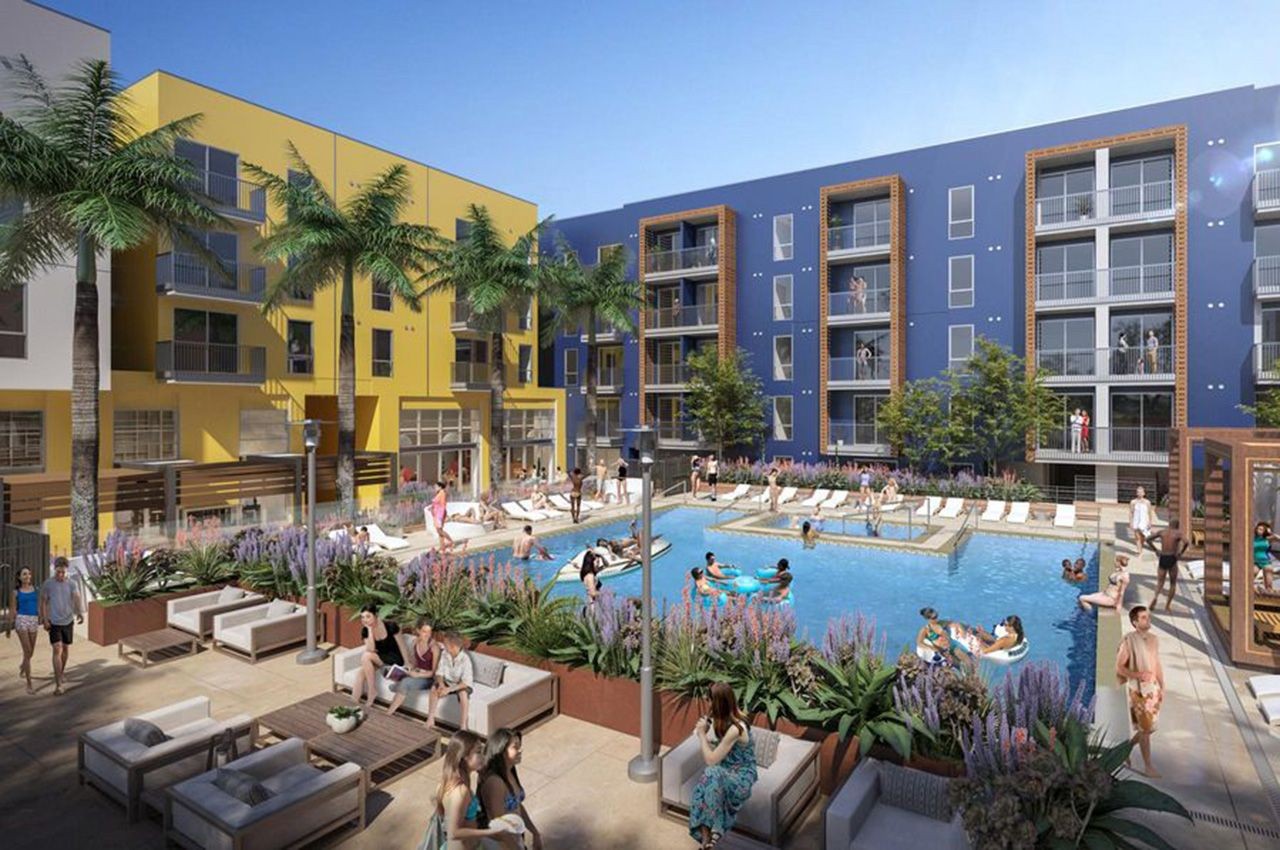 Located steps from Chinatown, El Pueblo de Los Angeles (the birthplace of LA), the famed Olvera Street, and Union Station, LA Plaza Village is your chance to live amidst Downtown LA's history. LA Plaza Village was designed to surpass today's standards and boasts top-to-bottom modern amenities like a range of online resident services, yoga and workout classes, and a bright and airy Sky Lounge while still retaining a connection to the surrounding community. And when you are not relaxing at home, you can stroll up Broadway through Chinatown and experience one of LA's hottest new dining scenes, including the modern standouts Howlin' Ray's and Lasa, plus the LA institutions of Yang Chow and Phillippe's. 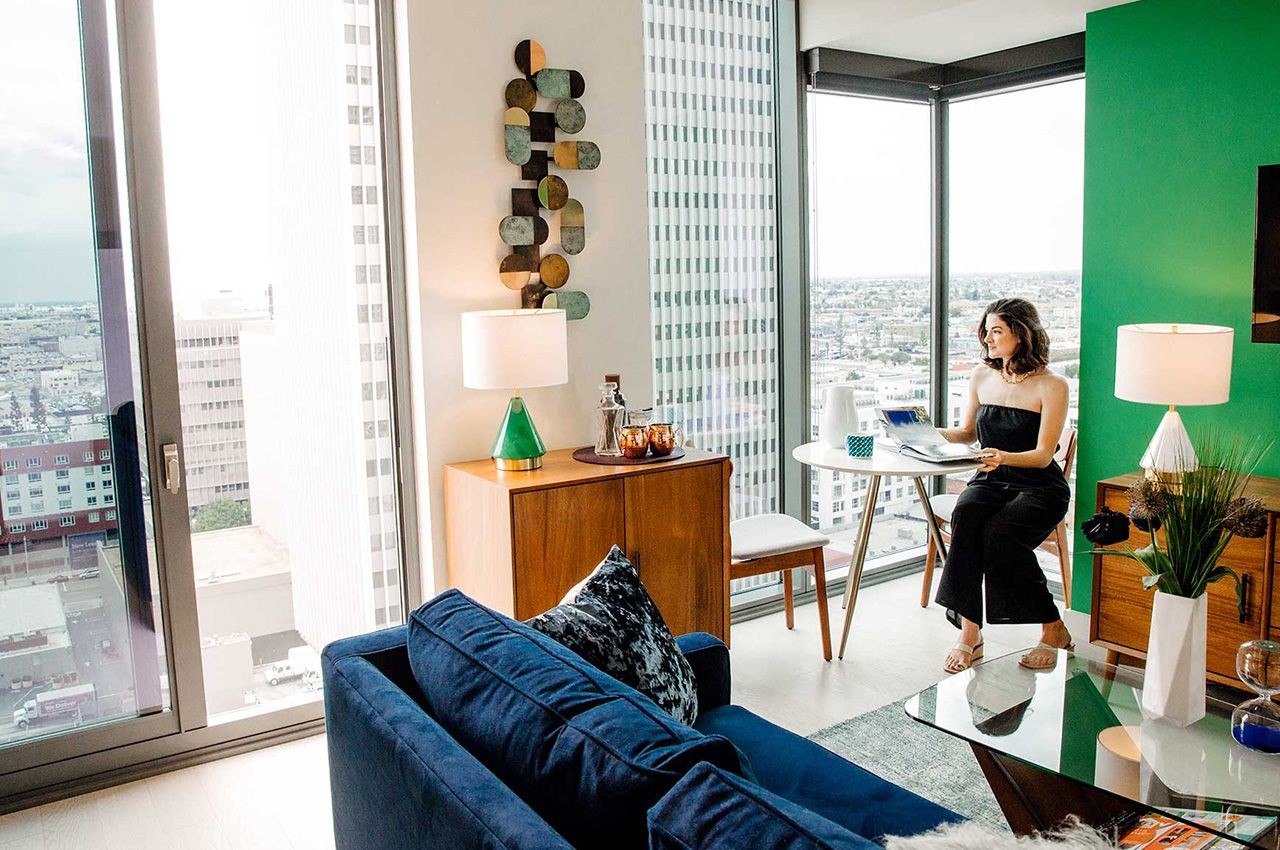 Billed as DTLA's first Thoughtful Living™ high-rise, AVEN is taking the art of urban living to impressive new heights. Its 38 floors of carefully architected living area combine with generous open space featuring lush landscaping, seating, and public art installations. Situated in South Park, the biggest residential neighborhood in Downtown LA, AVEN is bordered by an eclectic array of popular dining destinations like barcito, buzzy cocktail bars like Prank, and welcoming coffee shops like Cow Cafe. Catch a game a couple blocks down the street at the Staples Center or see live music at LA LIVE and still get home early for a good night's rest. 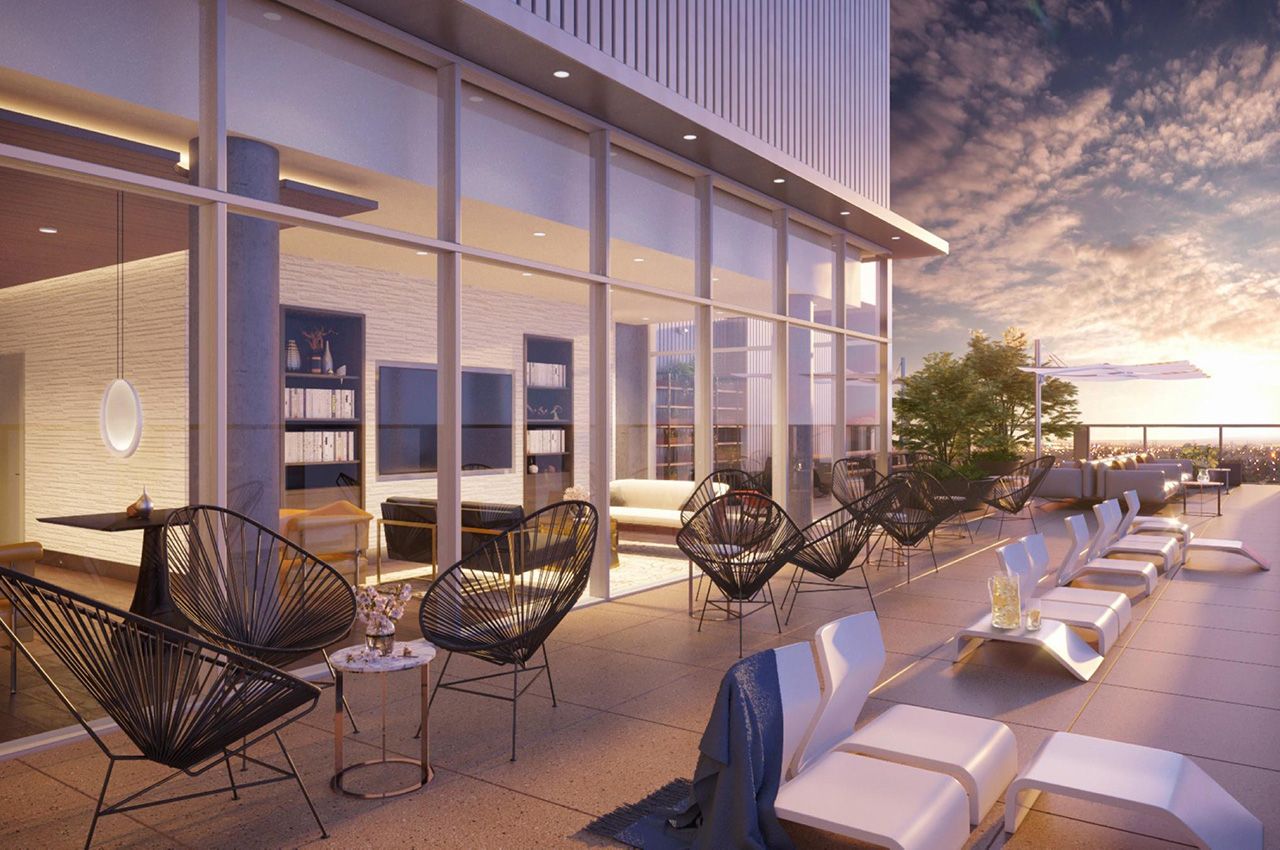 Located in the heart of the Financial District, one of DTLA's premier neighborhoods, 888 At Grand Hope Park boasts boutique luxury apartments for the discerning urban resident. With a dedication to detail, unparalleled amenities, and floor-to-ceiling glass for incredible city views, 888 exudes an air of exceptionality. Step out onto the street and take advantage of the convenience of modern city life, including Ralphs, Whole Foods, Macy's, Philz Coffee, and others less than a block away. Dinner options also abound including the DTLA establishment Faith & Flower, the newly opened Tocaya Organica, and over a dozen more along 7th Street.

​Not in the area but are still interested in learning more about living in Downtown LA? Visit DowntownLA.com and review residences, reports, and more!