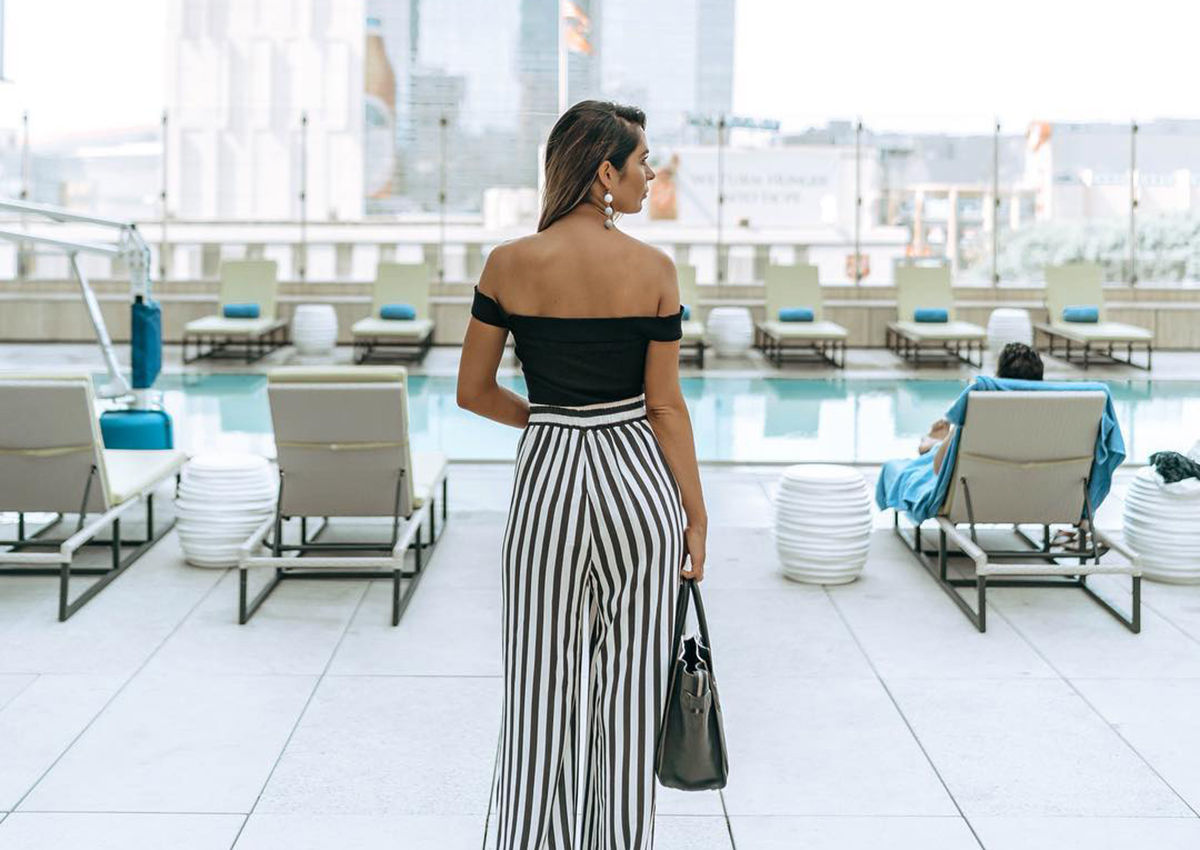 DTLA, with an assortment of amazing hotels – each possessing a unique charm, history, and point of view for every type of guest and personality – is an ideal staycation destination. Learn what makes Downtown hotels so special.

Wilshire Grand Center is no ordinary building. As the newest and tallest skyscraper in Los Angeles, it elevates the Downtown skyline with a distinctive spire evoking grandeur and a vision of the future. The InterContinental is housed within this masterpiece of glass and steel, boasting a unique sky lobby on the 70th floor and an open-air rooftop bar 1,100 feet above the city. Within the hotel, hundreds of art pieces tell the story of Los Angeles, including a sculptural installation comprising 86,000 human figurines joined together.

Even if you haven’t stayed at the Westin Bonaventure, you’ve definitely seen it – in numerous TV shows and movies or simply walking through Downtown. Its atrium-style hotel design is unmistakable. Built in 1976, the bold use of mirrors and circular shapes imagined a futuristic Los Angeles with pedestrian skywalks and a revolving lounge that shows the city from every angle. Due to its wondrous architecture, it remains a landmark of contemporary hotel design and a popular location for filming.

Nestled within the Metropolis mixed-use complex is Hotel Indigo, a boutique hotel that tells the story of Downtown’s famed history. Its décor takes inspiration from the days of classic cinema, vaudeville, and the Fiesta de las Flores parade to create a modern-day jewel of design. Highlights include guest rooms celebrating the legacy of Anna May Wong, the first Chinese American movie star (and a Downtown local!), and a restaurant/bar that pays homage to the secret tunnels and speakeasies that flourished during the Prohibition era.

The Los Angeles Athletic Club was established in 1880 as LA’s first private athletic and social club. Situated in a historic Beaux Arts building adjacent to the Broadway Historic Theatre District, the club is steeped in history – as one of the original hotspots from Hollywood’s Golden Age, it was frequented by silver screen icons such as Charlie Chaplin and Rudolph Valentino. It is also home to Southern California’s first indoor pool on an upper floor and has served as a training facility for numerous Olympic athletes (and 97 medals) over the years.

Freehand Los Angeles resides in the historic Commercial Exchange building, which was originally built in 1924. A prime example of adaptive reuse, the boutique hotel reimagines a century-old office building into an urban oasis in the heart of DTLA – with bright, airy spaces, warm colors, and handmade textiles to enhance the building’s traditional design. In an unconventional move, the Freehand offers shared rooms in addition to traditional private suites, mirroring the social interactions and convivial culture found in hostels.

DTLA is the perfect place for a staycation. Whether your style is elegant and futuristic; historic and glamorous; Bohemian and modern; or somewhere in between – there’s no disputing that Downtown hotels have them all.